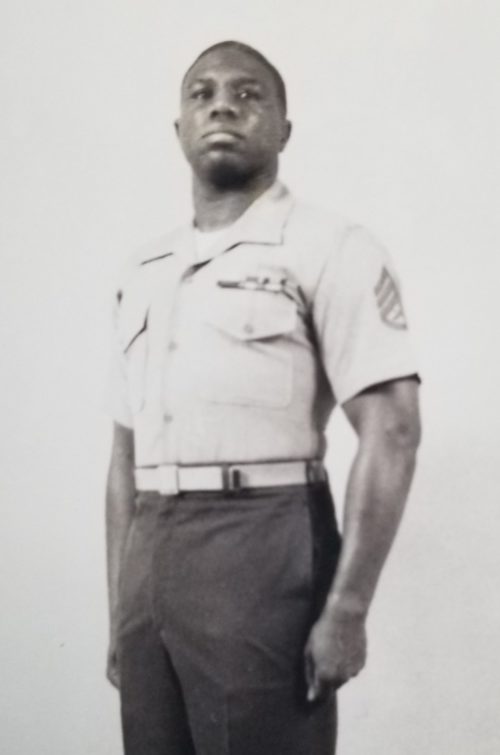 Benjamin Carwell Jones Jr., 66, of Suffolk, Virginia, gained his angel wings Monday, June 7, 2021. Mr. Jones was born in Norfolk, Virginia on August 7, 1954, to the late Benjamin C. Jones Sr. and Marie Jones. Mr. Jones was raised in Tidewater Gardens neighborhood in Norfolk. He graduated from Booker T. Washington High School where he was one of the top performing wrestlers. Mr. Jones also attended Tidewater Community College in Norfolk, Virginia. Mr. Jones enlisted in the United States Marines Corps (USMC) in June of 1978. He toured overseas to Haiti, Korea, Germany, Japan, and many other places. Mr. Jones served 21 years in the USMC retiring as Gunnery Sergeant in January of 1999. As a civilian, he was a welder at Arconic (Alcoa Howmet). His co-workers admired him and battled during football season. Mr. Jones was a die-hard Washington Football Team fan formally known as the Redskins. After many years of working, Mr. Jones enjoyed a second retirement on January 1, 2021. Mr. Jones was a member of Covenant Community Church in Suffolk, Virginia for 15 years. He was a tremendous man of God and was dedicated to serving his church as the maintenance ministry leader.