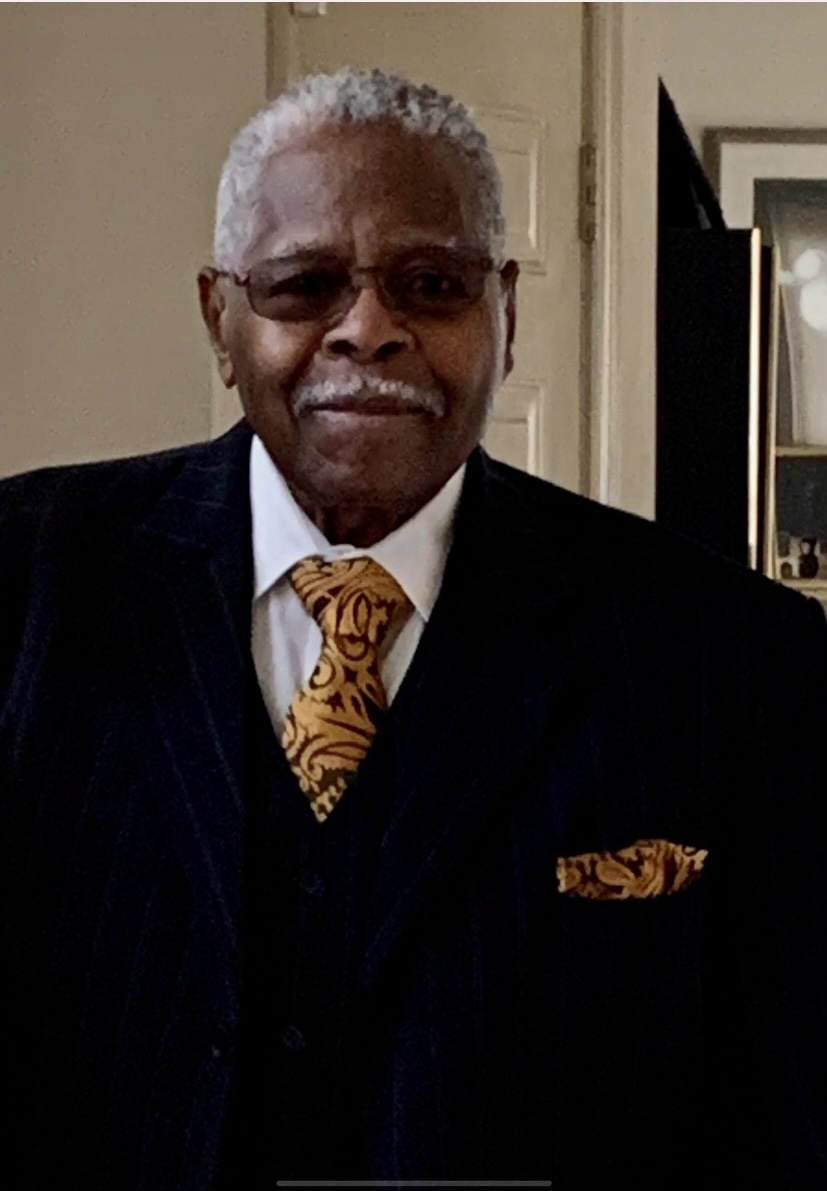 Belvin Bernard Bailey, Sr., our beloved father, grandfather, and family patriarch departed this life at the age of 92 on November 24, 2022. He was surrounded by his family at home. Belvin was born to the late James Caleb Bailey and Virginia Godfrey Bailey in Norfolk County, Virginia. He was married to the late Ada L. Bailey (affectionately known as “Doll Baby”) for 46 years until her death. In addition to his wife and parents, he is predeceased by his son, Belvin Bernard Bailey, Jr.; two stepmothers; a brother, Joseph C Bailey; two sisters, Ethel Powell and Shirley Ford. His Christian journey began at an early age at New Willow Grove Baptist Church. Throughout the years, Belvin served in many capacities at the church including teaching Sunday school and singing with NWGBC Senior Choir. In October 2000, he became a Deacon at the church. His favorite scripture was John 3:16, “For God so loved the world that he gave his only begotten Son, that whoever believes in Him should not perish but have everlasting life. Belvin was educated at Providence School in Norfolk County, VA. He worked at the Norfolk Naval Air Station as an aircraft handler for many years. He continued his employment at Weyerhaeuser as a lead machinist, retiring in the early nineties and then enjoying 25+ years as a retiree doing the things that brought him joy. One of his all time favorite pastimes was fishing. He also enjoyed spending time with his friends and fishing buddies, cycling and watching sports with his sons-in-law, and at the age of 92, he was still riding his spinner bike 30 minutes per day. During his life, Belvin exhibited great physical strength and was also very strong willed. He was wise, noble and a man of faith. Most of all, Belvin loved his family. He leaves to cherish his memory four daughters, Gloria Sutton (Gidwood Jr.), Rebecca Newby, Phyllis Hinton (Glenn) and Patrice Bailey-Pugh (Arnell) all of Chesapeake, VA; three sons, James Bailey of Decatur, GA, Olando Bailey, Sr. of Lillington, NC, and Timmie Gills (Leslie) of Okinawa, Japan; one brother in law, Sterling Mills (Virginia) of Chesapeake, VA; eleven grandchildren, Nikki (Jason), Christopher, Caress, Cy Sr., Jennifer, Olando Jr., “OJ” (Charmaigne), Chelsea (Vincent), Trevian, Lauryn, Marcela, Timmie II “T2”; fifteen great grandchildren, Bailey, Blake, Maddison, Mackenzie, Brian, Briana (Shawn), Gabrielle, My’Kel, Jade, Cy Jr., Celeste, Javon, Cameron, Journee, Alayah; one great great grandchild, Raven; and a host of nieces, nephews, relatives and friends.