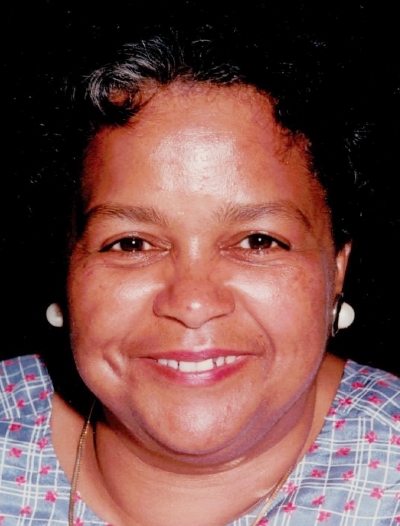 Mrs. Barbara June (Hollinsed) Henry-Pennington of Chesapeake, Virginia, was a phenomenal woman who lovingly cared for her family and friends, willingly served her community and church, and unselfishly gave her time and assistance to many during her 83 years of life.

Born on December 3, 1937 in Brooklyn, NY, Barbara was the daughter of the late Gladys Holland and Torrey Hollinsed and granddaughter of the late Axium Jackson and Pearl Langston Holland and James R. and Florence A. Hollinsed. She attended the public schools in Brooklyn, New York and was a gifted child who excelled on all academic levels: Intellectually Gifted classes in Elementary school; Rapid Advance classes (skipping a term) in Middle School; and graduating in the top 10% of her class from Prospect Heights High School and entered Brooklyn College, receiving a B.A. in Mathematics in 3½ years.
At an early age, Barbara professed her faith in Jesus Christ and joined Bethany Baptist Church, Brooklyn, New York. As with everything she did, Barbara fully committed herself to her church. As a teen she represented Bethany Baptist Church as a delegate to the 1956 National Sunday School and Baptist Training Union Congress in Los Angeles, California. As an adult she was involved with the Young Adult Fellowship and the Chancel Choir. She served as the financial secretary for the Mortgage Burning Committee, as well as aiding the Trustee Board. It was here at Bethany that she met and in March 1961, married her former husband, James Henry. From this union, two daughters were born, Jaquenette and Brenda.
Barbara started her professional career at Equitable Insurance Company in New York, City. In the late sixties, Barbara obtained employment with IBM as a systems engineer. As a systems engineer she helped implement hardware and software for major companies such as Pepsi, Colgate-Palmolive and Philip Morris International. Her career and skills flourished and as a quick learner and hard worker, Barbara eventually became a trainer and traveled throughout the country, which included a two-year residency in Dallas, Texas. She enjoyed a successful 33-year career and retired from IBM in 2000.
In the late 80’s Barbara met Ralph Pennington at Bethany and in March 1990, they were united in holy matrimony. In 1995, they relocated to Suffolk, Virginia, her mother’s hometown, and a place she often visited as a child. After some years, they moved to Chesapeake, Virginia where they built a beautiful home and they joined Ebenezer Baptist Church. Barbara was a faithful member. She sang in the Women’s chorus and Mass Choir and served as Treasurer for the Senior Ministry. Each summer she enjoyed displaying her artistic talents for her seniors during Vacation Bible School. Barbara also enhanced her biblical knowledge through weekly Bible Study Fellowship sessions.
Barbara had a sweet spirit and a love for many things. As a child and teenager, she enjoyed basketball and music and, as an adult, she enjoyed watching many sports, word search and sudoku puzzles, and developed a love of jazz. She also enjoyed traveling especially to many jazz festivals. Barbara loved chocolate and often baked delicious chocolate cakes for her family and friends, as well as her special pumpkin loafs. However, her greatest love was for her children and grandchildren who she instilled a zest for life, a commitment to family and friends and the power of a contagious smile!

Barbara rose to the loving arms of her savior, Jesus Christ on Tuesday, April 20, 2021. Joyful memories of a loving and caring Mother, Grandmother and Great-Grandmother will long be shared by husband, Ralph, daughters, Jaquenette (Donovan) and Brenda, stepchildren, Ralph (Dale), Arlene and Valerie, grandchildren, Jordan (Erika), Drew, Jalyn, D’Jassie, Shanaya, Malcolm, Alexander, Charity and Adrian, great-grandchildren, Tori and Bryson, the Henry family: former husband, James, brothers-in-law, John (Tommie) and Charles (Darlene), and sisters-in-law Willetta, Tina, Annethya and Eloise, and a host of nieces, nephews, cousins, and extended family and friends throughout the country. We, the family, shall forever remember Barbara as a trailblazer with a caring and devoted spirit full of unconditional love. She was warm, gentle, kindhearted, loving, smart, articulate, and so much more.