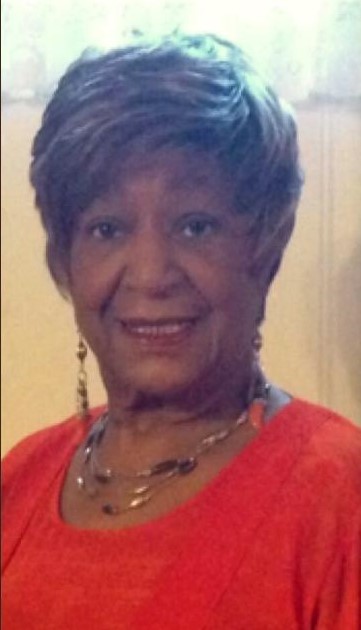 I have fought the good fight, I have finished the race, Ihave kept the faith.  Finally, there is laid up for me the crown of righteousness, which the Lord, the righteous Judge, will give to me on that day and not to me only but also to all who have loved His appearing.  II Timothy 4: 7-8 (NKJV)

Barbara Jean Chavis transitioned from her earthly home to her heavenly home on Mother’s Day, May 8, 2022.  She loved us all so much, she waited for this day to bring us all together so she could leave knowing we had one another.  Rest in heaven our forever angel.

She was born on October 24, 1934 and was the second child born to parents, Margaret Parker Wright and Norman Lee Wright.

Barbara Jean Wright Chavis was educated in Norfolk Public Schools and graduated from Booker T.  Washington High School in 1954.  She later graduated from Cosmetology school in Augusta, GA, in 1962 and became a licensed Beautician.  She had several different jobs in her life and was gifted with working with her hands.  She began a career at General Electric TV Factory in Suffolk, VA in 1967 and worked there until it closed in September 1986.  She continued her working career at Hoffer Flow Controls in Elizabeth City, North Carolina and retired at the young age of 84,in August 2019, after 28 years of dedication and service.  Barbara loved working.

Barbara had an active Christian life.  Once relocating to Portsmouth, VA following her husband’s retirement, she joined First Baptist Church South Portsmouth in January 1983 and remained a faithful member.  She participated on Usher Board #2, Pastor’s Aid Ministry and the Women’s Ministry.  She authored a song which she often sang during Sunday’s worship service to greet and welcome visitors.

Barbara was the “Matriarch” of the Chavis family.  She was an excellent cook, liked catering, spoiling her grandchildren, bowling and traveling.  Barbara was an avid bowler.  She bowled on local leagues for 55 years and was recognized as one of the best female bowlersin the local Tidewater area during the eighties and nineties.  She bowled in tournaments from coast to coast.  She also traveled domestically and internationally with what she called “The Girl Crew”.  Her international travel included Germany, France, United Kingdom, Bahamas, and South Africa.