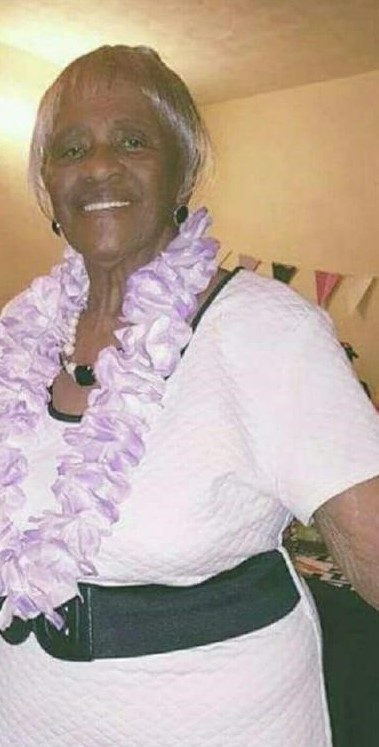 Sunrise: June 8, 1929
Sunset: January 5, 2021
God planted a seed for our family. Barbara Ann Scott bloomed into this world on Saturday, June 8, 1929, and transitioned to the angelic eternal garden on Tuesday, January 5, 2021, at 91 years of age.
Barbara was the daughter of the late Robert and Layla Tucker.  She grew up in the South Norfolk area and was raised up in New Central Baptist Church. Her parents raised her to love the Lord. Barbara is predeceased by her late husband James A. Scott Sr., and her three sons, James A. Scott Jr., Davie L. Scott, and Joseph S. Scott. She was also predeceased by all of her 7 siblings.Barbara was an early graduate of Booker T. Washington High School and she pursued a higher education of learning in the field of nursing.  She soon met the love of her life and was married to James. A. Scott Sr. on September 11, 1949, and from this union 7 children were born. She joined her husband and became a member of New Hope United Church of Christ under the direction of Bishop Carlton R. Upton. Sr. Their membership continued under the late Reverend Dr. James. W. Anderson into the present Pastorship of Michele R. Donaldson. She served on the Women’s Usher board, she was a willing worker, prison ministries and she looked forward to coming to worship and hear the choir every Sunday.Barbara worked part-time as the Head Nursery Attendant at the Downtown Athletic Club for over 8 years. She also worked in Early Childhood Education as a Teacher Assistant and cook at Denby Daycare for several years. She loved working with and assisting seniors during her golden years. Barbara was a member of the Salvation Army and the Kroc Center where she participated in weekly senior activities, field trips, and the ministries as well. She loved all types of music, dancing, and writing poems into her twilight years.

Barbara was the matriarch of her family and was a wonderful homemaker, who loved interior design. She was an avid gardener and won several Norfolk Housing Redevelopment and Community yard awards. She read her bible daily, often welcomed Jehovah’s witnesses into her home, and adored flowers. A very strong disciplined God-fearing woman who also instilled the love of God in her children. Everyone knew that she said what she meant and meant what she said when it came to her household.

God looked around his garden and found an empty space, He looked down and saw Barbara’s angelic face, He put his arms around her and lifted her to rest because in his garden he only takes the best.

2 sisters-n-law, Virginia Marner-Sawyer and Lillian Dykes, a devoted niece, Brenda Harrell, and a host of cousins, nieces, nephews, and extended family and friends.