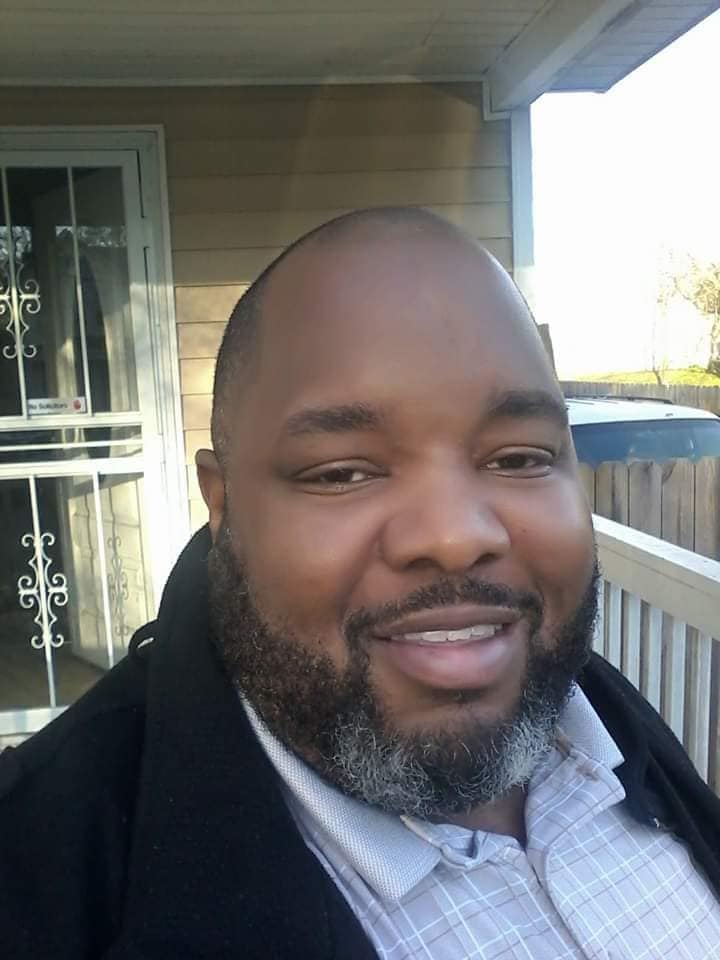 Chicago weather in January can be daunting. However, the Lord picked such a day to bring our wonderful Aubrey into the world. On January 13, 1975, a baby boy was born to Faye Loretta bunch Bates and Aubrey Bates, they named him Aubrey Tyron Bates. He had an older sister Audra, who even then, assumed the duties of caring for her baby brother. The family remained in Chicago until tragedy struck when Aubrey was five. His father went home to be with the Lord and Faye decided it was best to raise her children back in Virginia, where she would have the support and love of her family.

Aubrey was educated through Norfolk Public Schools. He attended Suburban Park Elementary, Norview Middle School and graduated from Lake Taylor High School in 1994. Aubrey was a very active young man. He excelled in math, chorus, band and leadership. He also he a love for music and the performing arts. During his high school years, he played trumpet for Lake Taylor High School marching band, was a powerful tenor voice in the Lake Taylor Chambers singers and was an enthusiastic member of the Hurrah Players and the Norfolk Public Schools Performing Arts Repertory. He has played numerous lead roles to include:

He played a host of supporting roles in major productions in both companies to include “Starmites”, “Wind and the Willows” and “The Me Nobody Knows”. His extracurricular activities never slowed his work ethic. He worked at Pizza Hut, McDonalds and Chi Chi’s part time while attending high school.

Upon graduation in 1994, he began his studies at the illustrious Virginia State University as an Education Major. He transferred to Norfolk State University to continue his studies in 1998. While attending Virginia State, he tapped further into his great leadership skills as a shift manager at McDonald’s. Aubrey excelled so well that he was sent to McDonald’s Hamburger University in Chicago, Illinois and became a corporate trainer. Post studies, he remained in restaurant management most of his life. He is well remembered as top staff at Logan’s Roadhouse in the Norfolk location. He was sent to various locations statewide to train and onboard new staff for Logan’s Roadhouse. In 2012, he was offered a position in Atlanta, Georgia as a District Manager to train and open new restaurants for Chili’s until his health required him to return home to Virginia.

Despite his talent and skill in restaurant management, Aubrey found his true passion in education. He was a well-respected and much-loved substitute teacher for Norfolk Public Schools for nearly 20 years. Most of his assignments were long term middle school classes. He excelled in whatever subject or grade level he was assigned but, had a special love for middle school history and science. He was requested most by his alma mater, Norview Middle School. During his time there, he taught every grade level science and history. Aubrey is the ONLY substitute teacher for Norfolk Public Schools to lead students to the National History Day Competition.

One of his best kept secrets was that Aubrey could SING! He could be counted on to lend his vocal talent to family reunions, weddings, serenades to those he loved and lullabies to children. He even sang his wedding proposal. He loved music!! He not only played trumpet in marching band, he sang in his church choirs and even went on to direct youth and young adult choirs in the churches where he served. At the time of his passing, Aubrey was an active member of New Calvary Baptist Church. However, Aubrey was raised in a Christian family where being connected to a church home was a priority. No matter where he was, he found a church to serve. He has attended Friendship Baptist Church, Rose of Sharon Missionary Baptist Church, Mount Pleasant Baptist Church and Mt. Gilead Baptist Church.

In 1997, Aubrey decided he wanted to settle down and start a family. That “singing proposal” happened in December of 1997. He married Christina Celeste Gardner on December 5, 1998. Their first child was an anniversary/Christmas gift.  “Junior”, Aubrey Tyron Bates, Jr was born on December 15, 1999. His “Princess”, Kaylah Adan Bates was, born as a Valentines gift on February 20, 2001. Aubrey was “Dad” to Geramiah Gardner by marriage. He always said he had three children. Although he was affectionately called “Uncle Boo”, he was a father figure to all of his nephews and a host of “God children”.