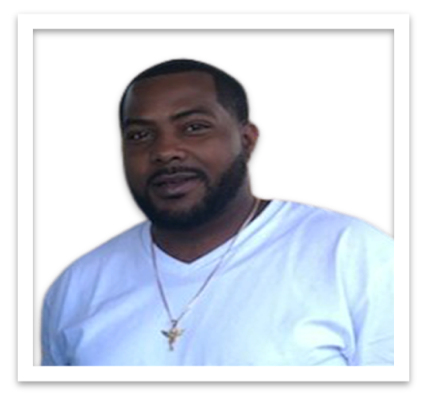 Antoine D. Smith, 36, of Norfolk, Va. departed from this life on October 3, 2020. He was born to Thad and Wanda Smith. He
attended Booker T. Washington High School and was employed at Basnight Land & Lawn Inc. “Twon” was a charismatic type of guy; so much that he named his daughter, Charisma. As a child, Antoine played football for the Shoop Park Cowboys. He was too young to get on the field, but his charismatic ways got him the ‘Mascot” position. The next year, he became the starting running back.

Antoine always checked in with his family. It was not strange at all for him to call his brothers, aunts, uncles, and cousins beyond the mid-night hour to have a ‘’long chat.’ – He inherited that ’long chat’ gene from his grandmother—Mable Lee. He made it a point to know his cousins from both sides of his family tree and many of them were close. He also made sure that he spent time with his nieces and nephews.

Antoine confessed that he believed in Jesus Christ many times. We give thanks to God for the time that He allowed us to enjoy the presence of Antoine in our lives, and he will be dearly missed. Antoine was predeceased by his Mother, Wanda R. Smith, and his grandparents: Thad D. Smith Sr., Rudolph Johnson Sr., and Ethel C. Johnson. He leaves to cherish his memory, his precious daughter, Charisma Q. Rumble and her brother Marquis T. Rumble (Quita), his father Thad D. Smith Jr. (Bridgette), his brothers: Kelly A. King and Thad D. Smith (Tinisha), his grandmother, Mable L. Smith, and a host of aunts, uncles, nieces, nephews, close cousins, and friends.