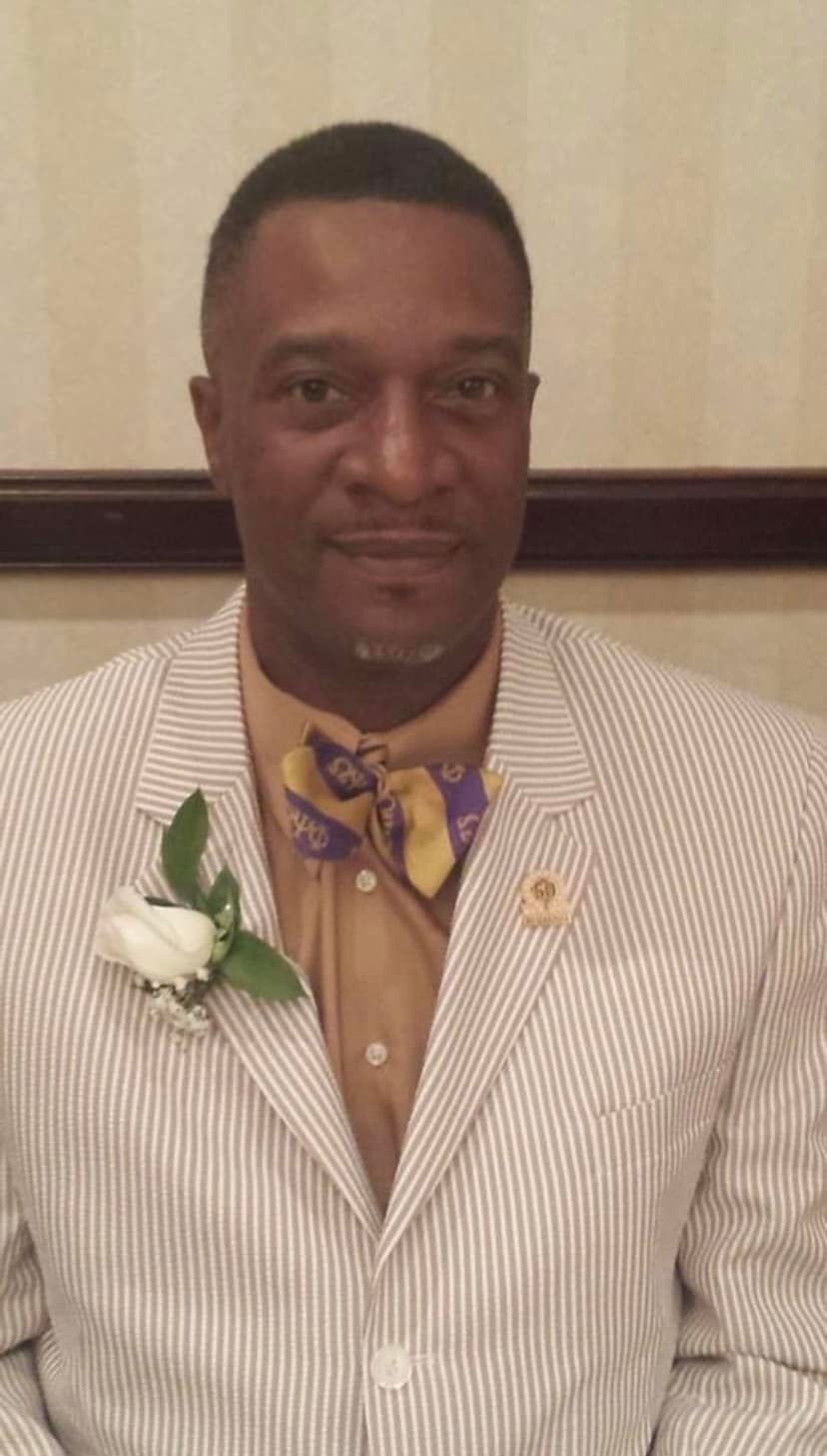 Anthony Darnell Sparrow, later known as Askia, the son of Robena Holley-Mangum and Elijah Holloman Jr., was born on July 5, 1965, in the city of Norfolk, Virginia. Throughout his childhood, Anthony spent most of his time playing basketball, football, and track for local youth sports teams and was one of the few Black children in his area to also play baseball. He was known for using his wit to outsmart the competition. His love, skill, and versatility in sports would become the launching pad for his ability to challenge himself and others, as well as his resilience and sense of pride in his community. He would go on to graduate from Norview Highschool in 1983.

Anthony began his collegiate years at the University of Houston, where he mentored and provided support to under-served and represented children. He later transferred to Norfolk State University. With the help of local civil rights activists, Anthony assisted in the reorganization and resurgence of the student chapter of the NAACP. As the chapter’s President, he led the charge to demand the University increase the curriculum surrounding the socio-cultural-economic development of African Americans and brought many programs and initiatives to the University surrounding cultural self-awareness. During his collegiate tenure, he was also a part of the Student Government Association, where he served as Senior Class President, and was initiated into the Pi Gamma chapter of Omega Psi Phi Fraternity, Inc. serving as the chapter Basileus. He graduated with a Bachelor of Science Degree in Electronic Engineering Technology in 1990.

In response to the escalating crime, violence, racial injustices, and police brutality that ensued at the ’89 Greekfest and within the Hampton Roads community, Askia would go on to write many published articles, lead protests, and work with several organizations and dignitaries up-and-down the eastern seaboard, developing events and festivals to promote the economic empowerment of African Americans. A community leader and visionary was born.

In the course of his cultural and spiritual transition and effort to live the principles of Kujichagulia [self determination], Anthony decided to take on a name in harmony with his purpose and serve as a compass in directing his life. He chose the name Askia. He and several friends began to hold meetings with others in the community on how they could make an impact, which led to research of successful intervention and prevention programs that would be culturally relevant to their communities. It was found that the philosophy and practice of African socialization traditions of manhood development called “rites of passage” was the most proven cultural process of personal enhancement for young males and in December 1990 the M.T.U. (Manhood Through Uplift) Rites of Passage program was formally introduced to Hampton Roads. Initially run out of the oldest African American YMCA in the country, The Hunton YMCA, the program was the first rites of passage for adolescent males and manhood development training process for adults in Southside Hampton Roads, and the second in the state of Virginia. Due to community demand, the program had to be moved to Norfolk State University to accommodate participants.

In the coming years, he would take this program throughout the state of Virginia, Northeastern North Carolina, and other collegiate campuses such as James Madison University. M.T.U. was also known for its annual Kwanzaa programming. Shortly after, Womanhood Thru Uplift was introduced as a similar rites of passage program aimed at leading young women through various evolutionary stages of life. After making an impact on the African National Rites of Passage United Kollective (ANROPUK), Askia was able to bring their National convention to the city of Norfolk and in the next year was installed as their National Co-Chair. During this timeframe, he also served as the first President of the Imani Foundation. Due to his influence, he was asked to serve as a committee member for the local organizing committee, to assist in organizing over 50 buses, vans, and cars to participate in the Million Man March in 1995.

In the following years, he would also work with the Urban League of Hampton Roads in the creation of programming around cultural awareness and appreciation, the International Black Women’s Congress, in the evaluation and data analytics of HIV/AIDS information, and other organizations and initiatives such as The International Black Summit Network, The M.A.A.T program, Sisters Preserving the Kulture, Black Studies Movement, The Broad Creek Digital Community Advisory Board, and many more

Askia combined his love of technology and mentorship to direct a grant entitled “Techno-Scholars of Norfolk State University,” a technology-based mentorship program for Black male youth between the ages of 12 and 14.

Askia later returned to his love of sports, coaching the Fairlawn Tigers youth basketball team from 2001-2003 and went on to serve as the President of the Fairlawn Athletic Association from 2003-2014, while simultaneously coaching the Hampton Roads Greys baseball team and serving as the Hampton Roads Commissioner for the Metropolitan Junior Baseball League-VA. In reward for his outstanding community service in the Hampton Roads area, Askia was honored by the Norfolk Alumnae Chapter of Delta Sigma Theta Sorority, Inc. during their Annual May Week celebration.

Outside of all his community endeavors, he worked as an Information Technology Analyst for over 20 years and used this same skill set to assist many minority-owned businesses and organizations through his consulting company, Sparrow and Associates.

Askia was predeceased by his parents, Robena and Elijah, as well as his Grand- Parents Emmitt and Lillie Pearl Holley.

There are simply not enough words to describe the man we lost: Husband. Father. Grandfather. Brother. Vanguard. Servant. While we will all make our transition to the ancestral realm, the impact we make determines our legacy. Though he is gone physically, Askia’s impact while he was with us lives forever.