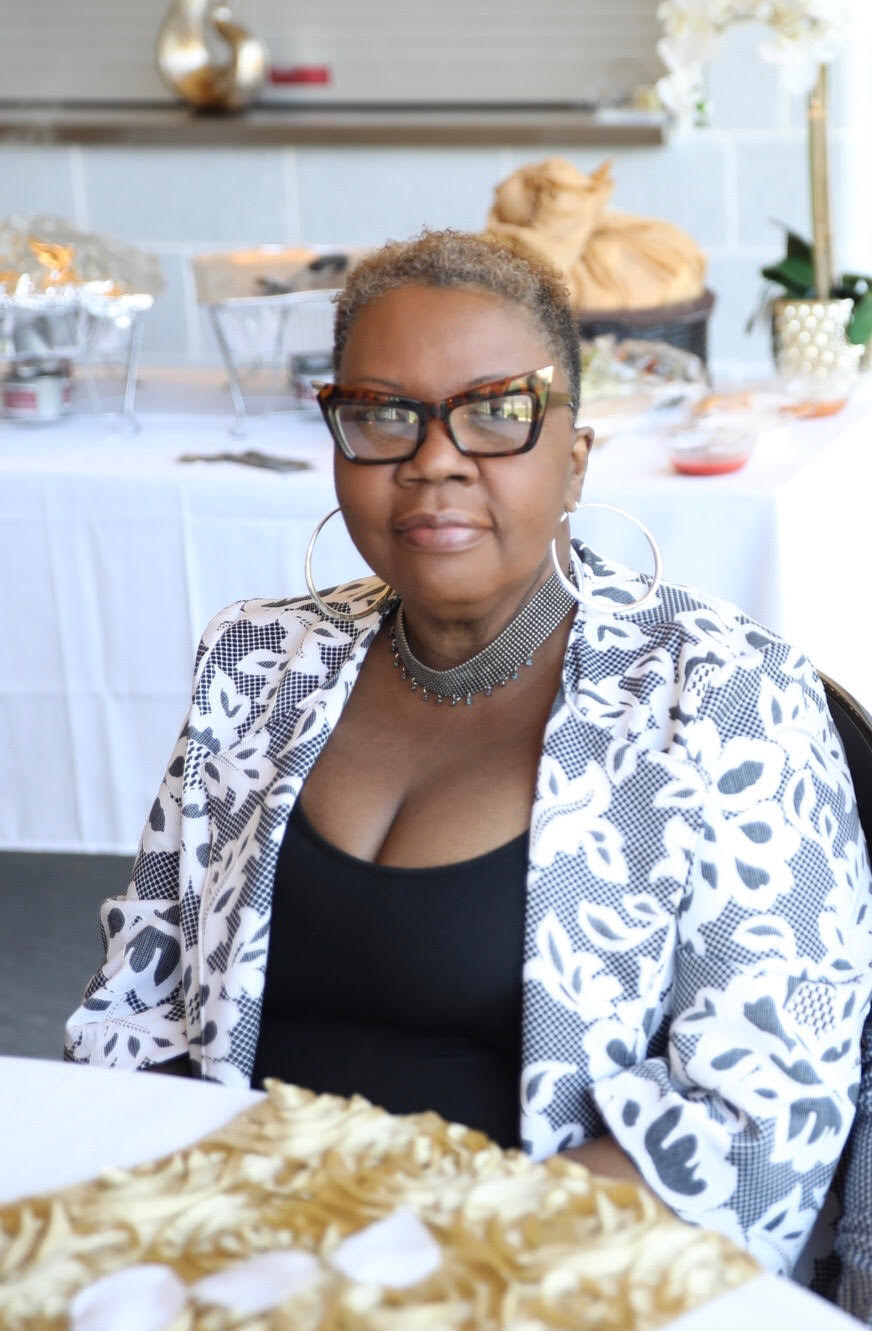 Anita Lynn Green, affectionately known as “Nita Skita” by many, was born on December 22nd, 1962 in Norfolk, Virginia to John and Marlvin Stringfield. Norfolk born and raised, Anita’s childhood was centered around the memories she made with beloved family and friends.

As a child, Anita would trek across the wooden bridge in her neighborhood to Chesterfield Heights Elementary, where she proved to be so bright she skipped a grade. She continued her education at Campostella Middle School, where some of her fondest childhood memories were made growing up on Canton Avenue. She loved to play the clarinet, and run and play with the other kids from the many families in the neighborhood. Her father says he would whistle to call her home, and shortly after his call she would sprint down the street —there’s even a legendary tale that one day she ran so fast that she rushed right through her home’s screen door!  Anita’s academic excellence continued at Booker T. Washington High School, where she met some of her closest friends and was a member of the Writers Club, birthing her true passion for reading and writing.

Anita later attended Virginia State University (VSU). There she met a host of friends and became a member of the Essence Sweetheart Club. The Essence Sweethearts were known for being fashionable, and so was Anita. She pursued her love for language by majoring in English, and minoring in Mass Communication. Anita graduated in 1985 and was a proud and well-respected Virginia State Trojan, making an attempt to attend Homecoming almost every year.  She continuously encouraged other young people to attend her illustrious university and other HBCUs, giving back whenever, and however she could.

Her professional career after graduating college was a testament to her intelligence, determination, and impeccable work ethic. She started as a store clerk at “Arrow’s Tape & Video” and later worked at Old Dominion University. After making the fearless decision to move to Maryland in 1987, Anita began working for the federal government’s Department of Agriculture in Northern Virginia, where her older brother Anthony would drop her off and pick her up every day. Her greatest professional accomplishments came during her time at the National Endowment for the Arts (NEA), where she worked in the Human Resources department.

During her time at NEA, she was responsible for their annual awards ceremony, national reading initiatives and the Pathways Internship Program. She was well-loved and highly respected throughout the entire agency, forging friendships and influencing young scholars along the way. She often spoke of her appreciation for the leadership of her superiors, Maxine Jefferson and Leon Williams, and enjoyed helping those she worked with. She retired from NEA in 2017 after nearly 30 years of diligent work and success.

At home, Anita’s family brought her constant joy and true peace. She met her soulmate Ernest Green at a party at Rapheal’s nightclub in 1982. At the party Ernest approached her for her number and Anita, being the kind soul that she was, gave him a ride home. After that night, Ernest would often call her on the payphone in her dorm where her floormates would knock on her door to alert her of the calls, and the rest is history.

Anita and Ernest married on October 23rd, 1987, in Upper Marlboro, Maryland, and soon moved into “The Marlborough House” in Temple Hills, Maryland. She gave birth to her son Monte Samuel Green on September 20th, 1991, and her daughter Mya Lynn Green on March 10, 1995. Anita poured everything she had into her two children and loved them more than anything in the world. She taught them the importance of speech and language early on, and ensured they understood the importance of having a relationship with God. She was present for every sporting event, ballet recital, cheerleading competition, school program and graduation. She woke up early every morning to make sure that their school uniforms were pressed properly and their lunches were made with love. As they got older, she often engaged in what she called “debates” with her kids, challenging their ideas and forcing them to think critically about the world around them. She was an outstanding mother, who championed her kids’ every accomplishment —big or small.

Anita was known for being a natural cook. Her pancakes were award-worthy and she made the best “yok” out of everyone in her family. She enjoyed cooking for big holidays and was always open to making new dishes.

She loved music, especially from some of her favorite artists including Oleta Adams, Anita Baker, Anthony Hamilton and John Legend. And she was a huge Oprah Winfrey fan. Anita watched her talk show every day at 4 p.m., and enjoyed watching shows on Winfrey’s “OWN” network in her spare time with the family’s dog Spanky Buttons. Some of her favorite movies were “The Best Man”, “Baby Boy” and “A Christmas Story”.

Anita had an infectious spirit, a deep hearty laugh and gave the best hugs. She always gave thoughtful advice and was the go-to person people called for help. She loved attending weddings and family reunions because the events were surrounded by family, and filled with love. If you ever had the opportunity to witness her famous dance move “The Turtle” then you witnessed history.

Her memory lives on through her brothers Ira Dwight Stringfield “Wayback” (Wanda) and Anthony Stringfield (Hollis) and her sister Beverly; her nieces Tonya Stringfield-Howell (Craig), Donyell Stringfield-Sampson (Reggie) and Kaylah Kent-Stringfield; her nephews Anthony “Quin” Stringfield (Kenisha), Dwan Stringfield and Brian Stringfield (Renee); her many great-nieces, nephews, and cousins; And her husband Ernest, her children Monte and Mya, and her granddaughter, Montana.

Anita Lynn Green was our hero. She had a generous heart and was willing to give her last for her family. Her light will continue to shine for eternity and her memory will live on because of the countless lives she touched along the way. Anita embodied love, and she will be profoundly missed by all.