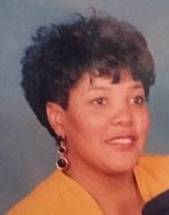 Angela Marie Sessoms entered eternal rest on Tuesday, December 24, 2019 at home with her family on Norfolk, Virginia.  Angela was born to the late James Willis and Betty Bynum on October 26, 1956 in Norfolk, Virginia.   Angela was affectionately known as “Ahu-Wooa” by her family.  As a young child growing up, Angela’s education started in Norfolk public schools and when she turned 13, she was educated in Chesapeake Public Schools and later graduated from Indian River High School.

After graduating high school, Angela found her passion working in retail as a Customer Service Representative at Montgomery Ward.  As her predeceased sister, Valerie Adams opened her hair salon called “Ebony Hair Fashion”, she worked as her receptionist.  Angela had a love for interacting with people.  Once you saw that beautiful smile and her loving personality, you understood how she would light up the room.  She applied that same love and charisma as she worked in retail selling furniture at Myers & Tabakin and Grand Furniture.   Angela’s love for her family and friends were unmatched.  She loved her family with her whole heart.  Anyone that knew Angela knew family gatherings were special to her.  She enjoyed eating all the different dishes that were cooked by her mother, Betty and family.   She especially loved her sister, Dana’s banana pudding.  Another favorite of hers, was spending quality time with her children and her grandchildren.