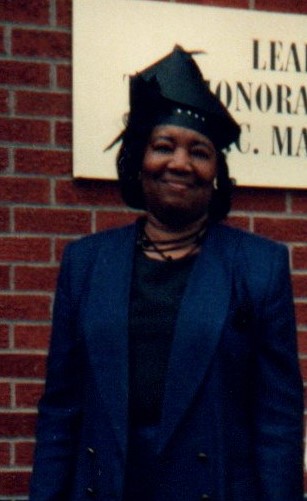 On Sunday, October 11, 2020, St. Alberta Phillips passed peacefully into the loving arms of our Lord and Savior Jesus Christ.

St. Alberta Phillips, affectionately known as “Baby”, “Gram Gram”, and “Squishy Grandma”, was a native of Chesapeake and was born to the late Deacon Joshua and Emma Smith on June 18, 1938. She was predeceased by her beloved sister Cloria Rayner.

A graduate of Crestwood High School, she married the love of her life, the late Forrest Phillips, Sr.

St. Phillips was a lifelong, dedicated member of the United House of Prayer for All People. As a faithful member, she received the precious gift of the Holy Ghost during the Flood Gate Revival. Her favorite song was “I’m Going to Work Until My Day is Done,” which was reflected through her G- class and other works in the House of Prayer. She served as the Vice President of the Senior Female Usher Board, also known as the “Thunderbolts” and was elected the President for over 30 years. In her later years, she was named the Honorary President of the Senior Female Usher Board.

Singing was her great joy!  St. Phillips loved singing with the Philharmonics and the Heavenly Gospel Choir.  But her greatest joy was singing with her sisters, also known as the Smith Sisters.

A caregiver at heart, she was responsible for taking care of her many nieces and nephews, and eventually caring for their children. Her kindness and love of children was also extended beyond family. If anyone was in need of a caregiver, it was well known “Aunt Berta” was who you contacted.

An unsung advocate for those unable to defend themselves, she stood up to unfair housing practices by serving on various neighborhood committees. As a result, neighbors received financial compensation from the government. She believed in equality and was not afraid to speak up against injustice.

Blessed with many gifts such as being a great cook and having a green thumb; she could make any plant or flower blossom. She was a handywoman, always fixing things around the house without hesitation. She was a hairdresser, fashionista, great listener and always provided a shoulder to cry on. St. Phillips was also funny, enjoyed traveling (especially with her sisters) and was not afraid to try new things. One of the new things St. Phillips tried was playing golf. Her motto was “Enjoy Life”.