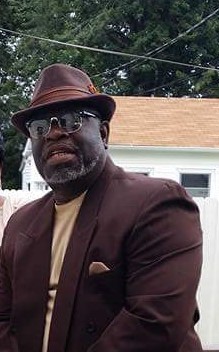 Albert Lee Askew lovingly known as “Pumpkin” or “Yogi” entered into eternal rest on Wednesday, October 30, 2019 at Maryview Medical Center, Portsmouth, VA. He was born on July 29, 1952 in Norfolk County, to the late Katherine and James Albert Askew.  Albert grew up in the Cavalier Manor section of Portsmouth, VA. He was educated in the Portsmouth Public School System and a proud graduate of Cradock High School in 1971. He was an honorary lifetime supporter of Norfolk State University. Albert was a “Diehard Dallas Cowboys and Boston Celtics fan.” He was retired from the Newport News Shipbuilding after 37 years, where he was known for his dedication and hardwork as a ship fitter.