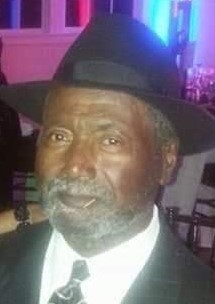 Sunrise: October 17, 1941
Sunset: April 21, 2021
On Wednesday, April 21, 2021, Aaron S. Jones was called home to be with the Lord, at the age of 79. “Earl”, as he was affectionately known to many, was born to the late Linwood and Pettroner Jones in Norfolk, VA. He attended Norfolk County and Chesapeake Public Schools.  Though he didn’t like school very much, he loved playing football and was a great provider for his wife and daughter. He worked several jobs before settling at Johnson’s Ship Propeller in Chesapeake, VA; where he retired from early due to several “major” strokes. He married so young that his mother had to sign for him, but he stayed married to his bride until death, well over sixty years. He was a die-hard Washington Football Team fan.
Born the youngest son of 14, his mother instilled in him “The Spirit of God” and the “Power of Prayer”. He never forgot his upbringing. He was a member of Grove Baptist Church, Portsmouth, VA. He attended faithfully until his health failed him.
He was predeceased by his parents; three brothers; and four sisters. He leaves to cherish his many many memories , his loving wife, Elnora Jones, who stayed restlessly by his side, holding his hand and singing songs of praise; his only daughter, Ella Jones (Nick); two granddaughters, who were dear to his heart, Pamela Cooper (Reggie) and Jovan Abbey (Jerry);two great grandchildren whom he cherished, Carnell”CJ”McElroy and Layla C. Abbey; his namesake and Godson, Aaron Hawkins; three sisters, Carolyn Drew, Julia “Judy” Ellis and Cornelia “Pinky”Nedab (Reverend Floyd Nedab),three brothers, Rious Jones, Leroy Jones (Dorothy), and Arthur Jones (Betty) ; sister-in- law, Marion Jones all of Portsmouth, VA; a host of nieces and nephews that he loved unconditionally and “ All of them were his favorite”; an abundance of great-great-greats, cousins and friends. His in-laws loved him greatly as well.
If love could have kept me here, I would have been here forever.
I have fought the good fight, I have finished the race, and I have kept the faith.
Viewing Tuesday, April 27, 2021 2:00pm - 6:00pm Metropolitan Funeral Service 120 W. Berkley Avenue Norfolk, VA 23523 Service WATCH SERVICE LIVE ONLINE Wednesday, April 28, 2021 11:00am Metropolitan Funeral Service Berkley Chapel Interment Roosevelt Memorial Park 1101 Campostella Road Chesapeake, VA 23320 The family is following the CDC and State of Virginia guidelines for funeral attendance.